Biodiversity loss and the need for an Intervention 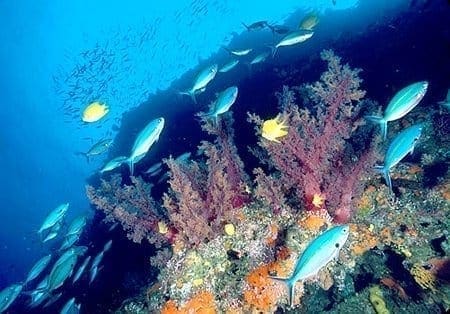 Grist, a favorite publication of ours, recently posted a story on biodiversity loss titled “That Extincts” describing scientists’ fear that a mass extinction is imminent and the call for an international biodiversity panel. Does this scare anyone else?

“The planet faces a “major biodiversity crisis” that could lead to mass extinction of species, warn 19 of the world’s leading biodiversity specialists in Nature. Stating that “biodiversity is still consistently undervalued and given inadequate weight in both private and public decisions,” the specialists urge the creation of an Intergovernmental Panel on Biodiversity to offer advice on government policies. Human-caused habitat destruction and climate change are causing species to die out 100 to 1,000 times faster than the natural rate; nearly a quarter of mammals, a third of amphibians, and 12 percent of birds are in danger of extinction, and climate change alone could push a further 15 to 37 percent of species to near-extinction in the next 50 years. “Because biodiversity loss is essentially irreversible, it poses serious threats to sustainable development and the quality of life of future generations,” the specialists say. And that’s a pretty good reason to stop it.”

Biodiversity loss is a huge concern of MarineBio’s. So much so that we’re trying to visit as many of the world’s most spectacular coral reefs so that we can capture images of species at risk before they’re gone forever. And note that scientists are calling for an international panel to address this issue. Biodiversity of all species, both marine and terrestrial, is an urgent matter. When are our leaders going to recognize the need to stop this tragic loss of life on Earth? What can we do to convince them that the issue needs urgent action?

Seems at least the media in the UK is paying attention:

Father of All Mass Extinctions
“There is a good possibility that losses in diversity in the present will surpass anything in the geological past.”
https://www.conservationmagazine.org/2008/07/the-father-of-all-mass-extinctions/

Is The World Ready To Accept Responsibility And Take The Action Needed To Protect Our Marine Resources?
/conservation/the-future/