The Naming of Life: Marine Taxonomy

The science of taxonomy classifies species into evolutionary relationships to help identify organisms and name species. Taxonomy is also referred to as scientific classification.

Today’s classification system was first developed by Carl Linnaeus as an important tool for use in the study of biology and for use in the protection of biodiversity. The science of taxonomy classifies species into evolutionary relationships to help identify organisms and name species. Taxonomy is also referred to as scientific classification.

Today’s classification system was developed by Carl Linnaeus as an important tool for use in the study of biology and for use in the protection of biodiversity. Without very specific classification information and a naming system to identify species’ relationships, scientists would be limited in attempts to accurately describe the relationships among species. Understanding these relationships helps predict how ecosystems can be altered by human or natural factors.

Preserving biodiversity is facilitated by taxonomy. Species data can be better analyzed to determine the number of different species in a community and to determine how they might be affected by environmental stresses. Family, or phylogenetic, trees for species help predict environmental impacts on individual species and their relatives.

Carl Linnaeus was born in 1707 and died in 1778. He created the entire category of systematic zoology and botany as well as a classification scheme—still used by biologists today. His masterpiece was the Systema Naturae. Linnaeus invented the classification system to establish consensus on plant and animal names and to understand complex evolutionary relationships between organisms. The Linnaean taxonomic system begins with the most general category of Domain or Kingdom and becomes increasingly specific until it ends with a specific genus and species name derived from Greek and/or Latin roots.

Based on concepts introduced by his scientist predecessors, Linnaeus developed his system so that each species had a Latin double name. The first name is the genus and the second is the species name. This two-word naming system is called binomial nomenclature. The name is always italicized with the genus capitalized and the species in lowercase letters.

There are 8 general taxonomic groupings, starting with the most general and ending at the most specific. The groupings are: Domain, Kingdom, Phylum (or Division for plants), Class, Order, Family, Genus and Species. In some cases, subgroups are included for accuracy such as subclass, superorder, suborder, and infraorder to name a few. The naming of life can become incredibly complex. When the species grouping is not specific enough, subspecies categories are added. Domains are also sometimes added above the kingdom level, if a high level of generality is needed. On the other hand, if more detail is needed, tribes can be added between family and genus categories and sections or series can be added between genus and species categories.

The five Kingdoms are Monera, Protista, Fungi, Plantae, and Animalia. Under each Kingdom, Phyla are listed and under each Phylum there are many Classes (and so on). With over 10,000 species, Kingdom Monera consists of unicellular bacteria and cyanobacteria. Kingdom Monera is also the only kingdom made up of prokaryotic cells or cells without nuclei and organelles not surrounded by a membrane. The other four kingdoms consist of eukaryotes or cells with nuclei and organelles bound by a membrane. Kingdom Protista consists of 250,000 species of single celled protozoans and macroscopic algae. There are 100,000 species in Kingdom Fungi and they are usually either heterotrophic haploid or dikaryotic cells. There are 250,000 species in Kingdom Plantae and they all are autotrophic forms of plants that keep the embryo on the female part of the plant. With over 1,000,000 species, Kingdom Animalia consists of multicellular animals that lack a cell wall (plant cells have a rigid cell wall) and form a blastula early in life. 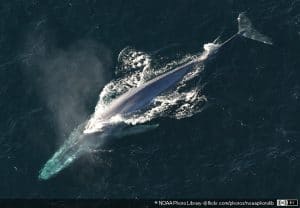 To demonstrate how an organism is classified, let us use the classification of the commonly named “the blue whale”. The information provided by this common name is not enough to put the whale into any evolutionary relationship with other organisms. Scientists however, call the blue whale by its scientific name—Balaenoptera musculus. An example of how scientists would classify and name a blue whale is as follows:

The Science of Classification

Taxonomists are responsible for the discovery of new species, analysis and compilation of collected data, and the release of new information to the public, including other scientists. The research requires valuable identification skills, the ability to categorize and recognize species relationships, an understanding of ecosystems and ecology, knowledge of species distribution, and the ability to determine keystone species. They must also be able to submit data and explain the synthesis clearly for people in communities.

Scientists have relied on Linnaeus’s system of classification for the last two hundred years. After Darwin’s time, it became clear that another dimension could be added to the phylogenetic tree so taxonomic groups would represent the principle of common descent. Related taxa (or categories) were moved to occupy what can be visualized as a bunch of leaves on a particular branch. These relatively new and helpful groupings are referred to as monophyletic groups.

A new development in taxonomy is the revelation that using a cladogram can make it easier to view evolutionary relationships. A cladogram is basically an isolated branch of the phylogenetic tree turned sideways with each line indicating the amount of time between the ancestor and the species. Each “clade” represents a monophyletic group. Because it is only a short branch of the entire tree it is not usually necessary to refer to the more general Linnaean form of classification.

Taxonomy is becoming more important as scientists struggle to identify species in order to understand the subtle relationships and complex reactions of ecosystems threatened by human pursuits. The study of taxonomy provides a solid foundation for the research needed for the conservation of marine life.

The World Register of Marine Species

“The aim of a World Register of Marine Species (WoRMS) is to provide an authoritative and comprehensive list of names of marine organisms, including information on synonymy. While highest priority goes to valid names, other names in use are included so that this register can serve as a guide to interpret taxonomic literature.

The content of WoRMS is controlled by taxonomic experts, not by database managers. WoRMS has an editorial management system where each taxonomic group is represented by an expert who has the authority over the content, and is responsible to control the quality of the information. Each of these main taxonomic editors can invite several specialists of smaller groups within their area of responsibility.

This register of marine species grew from the European Register of Marine Species (ERMS), and its combination with several other species registers maintained at the Flanders Marine Institute (VLIZ). Rather than building separate registers for all projects, and to make sure taxonomy used in these different projects is consistent, we developed a consolidated database called ‘Aphia’. A list of marine species registers included in Aphia is available below. MarineSpecies.org is the web interface to this database. The WoRMS is an idea that is being developed, and will combine information from Aphia with other authoritative marine species lists which are maintained by others (e.g. AlgaeBase, FishBase, Hexacorallia, NeMys).”