What Monsters have really existed in the Sea? Let's find out...

The Webster’s dictionary defines the word monster as “an animal of strange or terrifying shape” and “one unusually large for its kind.” By this definition, the creatures that dwell in the deep ocean are true monsters. Miles beneath the surface, where sunlight can no longer penetrate, exists an eerie world of cold darkness. This is the abyss. It is a world of strange and sometimes grotesque forms. Some of the animals here have evolved the ability to create their own light with a technique known as bioluminescence. They use their lights to attract prey and ward off predators. There are also creatures here of gigantic proportions. There are also animals here that get all of their nutrients from chemicals in the ocean through a process known as chemosynthesis. This is where the elusive giant squid hunts. It is also where the great sperm whale comes to feed on the giant squid. Here, within the waters of our own planet, lies an alien world of wonders.

Over the centuries, the oceans have given birth to many myths, legends, mysteries and events still not completely explained by mankind. Contrary to popular belief, the sailors of Columbus’s day did not think they would sail right off the edge of the earth. They were, however, apprehensive about what they would find in their travels. Mistakes about marine life have ranged from inaccurate assumptions about the behavior of known species to fanciful depictions of animals that “might” exist.

Hercules battled with a hydra in ancient Greek mythology, and this imaginary animal has suffered from a rotten reputation ever since. Unfortunately, the hydra has a living relative, of sorts: the octopus. Even now, misconceptions persist about the octopus (also called the “devil fish”), and it has been doomed to play the villain in more than one B movie. Although this illustration only shows seven heads, the hydra was said to have nine, and two new ones would appear whenever one was chopped off.

Strange as it looks by today’s standards, this picture of a dissected head of a giant white shark actually marked significant progress in marine biology. For years, fossilized shark teeth were believed to be tongues of serpents turned to stone by St. Paul, and hence were named glossopetrae, or “tongue stones”. Niels Stensen correctly identified tongue stones as shark teeth.

Alexander Winchell suggested that, “the unexplored depths of the ocean conceal the forms of octopods that far surpass in magnitude any of the species known to science.” Winchell was right on both counts.

In the 16th century, two naturalists, Rondelet and Pierre Belon, produced descriptions of animals they termed the Sea Monk, or monk-fish. Centuries later, a very talented naturalist, Japetus Steenstrup, gave a presentation in which he compared Rondelet’s illustration and Belon’s illustration to the likeness of a squid captured in 1853. He also took into consideration a 16th-century description of the Sea Monk by Conrad Gesner. Steenstrup made an amazing deduction: “Could we, given these bits of information of how the Monk was conceived at that time, come so near to it that we could recognize to which of nature’s creatures it should most probably be assigned? The Sea Monk is firstly a cephalopod.”

On a December day in 1848, the sailing ship Pekin was becalmed off the Cape of Good Hope near Southern Africa when a crew member spotted a strange creature in the water. Careful examination of the animal by use of a telescope revealed it to be snake-like, with a large head and shaggy mane.

Only two months before the HMS Daedulus had reported seeing a sea serpent in that very same region. Amid great excitement a small boat, it’s crew prepared to capture the animal, was lowered into the water. The Captain, Frederic Smith, watched from a distance, with concern for the safety of his men, as the small boat approached the creature. To the Captain’s surprise the animal did not move at all as the boat drew near. He was even more surprised when the crew of the boat proceeded to tow the “creature” back.

The sea serpent turned out to be a twenty foot long piece of floating seaweed with a root shaped like a head and neck. Could the Daedulus sea serpent been of similar origin?

Judging distance, size and motion of an object in the sea is extremely difficult. Objects on land can be compared to nearby trees and boulders. In the water only the waves offer a clue to scale and the size of waves vary enormously depending on weather conditions. The movement of the waves can also suggest motion where there is none. Arthur Adams, a ship’s surgeon in the 1860’s, spotted what appeared to be a mysterious creature moving through the water by using lateral undulations of it’s body. His ship’s course was altered to intercept the animal and capture it. When they approached the thing Adam’s wrote:

“By this time, however, a closer and more critical inspection had taken place, and the supposed sea monster had turned himself into a long, dark root, gnarled and twisted, of a tree, secured to the moorings of a fishing net, with a strong tide passing it rapidly, and thus giving it an apparent life-like movement and serpentine aspect.”

The Daedulus affair might also be explained by an abandoned native canoe painted like a snake. L. Sprague de Camp suggested the owners of the canoe may have harpooned a large sea animal, like a whale shark, and they were either spilled into the sea when the animal surfaced under the boat, or jumped in panic when they could not cut the line dragging the canoe.

The Oarfish
One unusual, real creature that might be mistaken for a sea monster is the oarfish. The oarfish, Regalecus glesne, is a strange eel-like animal that has been measured at up to 25 feet in length. Some reports have described specimens twice that size. The oarfish is bright silver in color and has a high, bright red crest of spikes running down the back of it’s snake-like body. It’s strange startling appearance has led it to be identified as a monster on at least one occasion: Two men were gathering seaweed on the coast of Bermuda in 1860 when they came across a serpent-like creature stranded in the rocks. They killed it and they animal was reported as a sea serpent until a naturalist eventually showed up and identified the creature for what it really was.

An unusual species of frilled shark, Chlamydoselachus anguineus, might also be taken for a sea serpent. Like the oarfish it is eel-shaped. It has a single dorsal fin placed well back along the body which can appear as a mane. The frilled shark has an ancient history and is almost a living fossil. It would truly be a likely candidate for a sea serpent if it was only a little larger. So far the largest known frilled shark was only six feet nose-to-tale. If there is a larger relative of this animal swimming in the seas it might well be identified as a sea serpent.

In 1880 Captain S. W. Hanna netted a long eel-like shark that measured some 25 feet. While not matching the description of Chlamydoselachus anguineus exactly, it probably is a close relative and suggests there may be some giant frilled sharks in the sea that could be taken for sea serpents.

One dangerous candidate as a sea monster is the saltwater crocodile. These creatures, living in the India Ocean and the area around southeast Asia and Australia have been measured to lengths of 18 feet and weighing almost a ton. Unconfirmed reports indicate they may get as long as thirty feet. They are hungry, aggressive and often attack people.

The giant squid may account for some sea serpent sightings too. Giant squids probably qualify as sea monsters just as they are: Growing up to fifty feet long with ten arms and eyes over a foot in diameter. If the cone shaped squid head was sticking out of the water near or close to a visible arm the squid might look like a serpent head and tail from a distance. (A famous serpent sighting off of Greenland, by Hans Egede, in 1745 may be explained this way). Also a single tentacle with a club of suckers on the end might look like the head and neck of a Pleisosaur.

In 1875 the barque Pauline spotted a sperm whale with a snake-like creature wrapped around it’s mid-section. The crew reported this sea serpent eventually dragged the whale down to it’s death. More likely the “snake” was the arm of a large squid in battle with the whale. 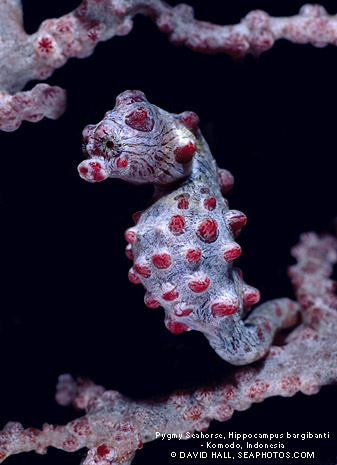 Even mundane sea animals may be mistaken for sea monsters. Fish or dolphins traveling together in a line may appear as a series of undulating humps with dorsal fins. Even a mass of low flying birds skimming across the water at a distance have been mistaken for a single sea serpent.

The basking shark is one creature that is more likely to be mistaken for a sea monster after it is dead, rather than when it was alive. Basking sharks are the second largest fish in the sea and grow to lengths of 40 feet. Like the great blue whale they are harmless filter feeders with enormous mouths. The shark skims the surface of ocean eating tiny floating plankton. The water exits the shark’s mouth through large gill slits on the side of the head.

Because the gills of the basking shark rot quickly after death the carcass can give the appearance of having a long, narrow neck (like a plesiosaur) without the head. Several basking shark remains have been misidentified as sea monsters.

Some sea monster reports may not involve just unusual creatures, but usual conditions. Right before a storm at sea, air of two different temperatures can form layers just above the surface of the sea. Perhaps seven or eight feet above the waves the different density of the two layers can cause light to bounce forming a mirage. In this case the mirage causes objects to be elongated, as if by a fun house mirror, vertically, but not horizontally. Seals, whales and dolphins breaking the surface under these conditions will appear as thin, tall, unknown creatures.

Norse men often spotted these creatures and took their appearance as an omen warning of an impending storm. Because of the strange atmospheric conditions, rather than anything supernatural, this warning was accurate.