Ocean Mysteries: The Origin of Life

Did Life begin in the Ocean? 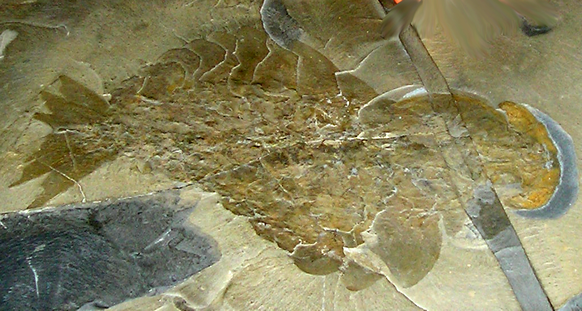 Let’s begin at the beginning…

Origins of the Universe

Formation of the Earth and Solar system

The Appearance of Life

The appearance of Life: anaerobic heterotrophes

The next step: anaerobic autotrophs

The Fossil Record relating to the Origins of Life

Experimental studies of the origins of life

Group I Self-Splicing Introns
“The question of life’s origins is one of the oldest and most difficult in biology. The answer, if ever known, will not be a single statement of fact but rather an extended chronology, beginning with the formation of the Earth and ending with the appearance of cellular organisms. This problem is confounded because there is little direct evidence of the events that occurred during roughly the first thousand million years of Earth’s history. The oldest rocks that provide clues regarding life’s origins are 3.6 x 109 years old, and by that time cellular life seems already to have been well established. However, remnants of ancient organisms may be found in the form of “molecular fossils” within the genomes of modern organisms. One such candidate might be self-catalytic RNA molecules which can serve as hereditary molecules as well as exhibit some properties of proteins. The discovery of self-catalytic RNA of molecules has lead to a revival of interest in the idea that there was a time, before the origin of protein synthesis, when life was based entirely on RNA. One such class of catalytic molecules are the Group I self-splicing introns.” – Sandra A. Nierzwicki-Bauer

Studies on the Origins of Life: The Formation of the RNA World
“The discovery of ribozymes suggests that RNA was the most important biopolymer in the first life since it can both store genetic information and catalyze reactions of other RNA molecules. One scenario for the origins of life is the formation of an RNA world from prebiotic molecules. It is postulated that RNA served as both the catalyst and the site of information storage in this RNA world which eventually evolved into the contemporary DNA and protein world. In this scenario, RNA formed spontaneously from the monomers produced by prebiotic synthesis and this RNA had the ability to catalyze its own replication.

A likely route to RNA from compounds formed spontaneously on the primitive Earth, is by their selective adsorption on a mineral which catalyzes their condensation to polymers. At Rensselaer we discovered that montmorillonite clay catalyzes the conversion of activated RNA monomers to oligomers. The role of monomer structure, phosphate activating group and mineral catalysis on the formation of RNA under prebiotic and conditions is being explored.” – James P. Ferris

Photochemistry of Planetary Atmospheres and the Origins of Life
“Photochemical reactions, driven by solar UV, are believed to be the principal source of complex molecules observed in most planetary and lunar atmospheres. For example, photochemical transformations of the simple components of the atmospheres of Jupiter and Titan result in the formation of more complex organic molecules. It is proposed that knowledge of the photochemical routes by which organics are formed in other planetary atmospheres provides insight into photoproducts that were formed in the atmosphere of the primitive Earth.” – James P. Ferris