Environmental crisis in the Solomon Islands 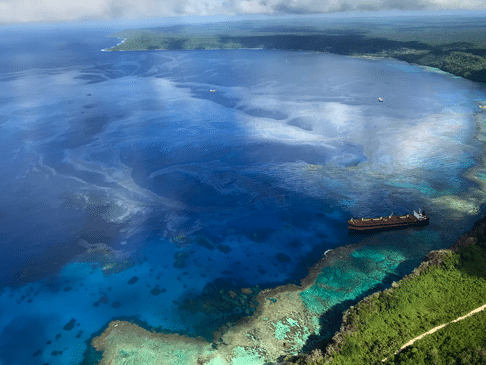 “(CNN) — An environmental crisis is unfolding in the Solomon Islands, where a ship is leaking oil near a UNESCO World Heritage Site and threatens to spill hundreds of metric tons more, authorities say.

The ship was carrying more than 700 metric tons when it ran aground in the Solomon Islands on February 5, the Australian Department of Foreign Affairs and Trade, known as DFAT, said Tuesday.

Since then, the clear waters have been tainted by fuel oil leaking from the ship, known as the Solomon Trader. CNN affiliate Radio NZ reported this week about 100 metric tons of fuel have spilled so far.

But the worst could be to come. Australian officials said there is a “high risk” the remaining heavy fuel oil on the ship — about 600 metric tons — could contaminate the area even further.”