Floating Marine Debris may act as a vector for invasive species 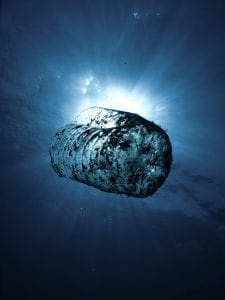 PET bottles are a common form of Floating Marine Debris.

Floating Marine Debris (FMD) is the catch-all term for any type of manufactured material that ends up in the marine environment either on purpose or by accident. Around 80% of FMD comes from terrestrial sources with only 20% coming from marine sources and around 70% of all this debris is made from or contains plastic.

The issues of entanglement, ingestion, alteration of pelagic habitats and the leaching of microplastics into the marine environment are well catalogued additionally FMD pose a risk of spreading invasive species – a phenomenon well studied over the past two decades yet poorly studied around Qatar, Arabia and the Gulf of Persia. Khayat, Veerasingam, Aboobacker and Vethamony have used their latest paper to rectify this.

Invasive species are one of the greatest stressors of global biodiversity with infamous examples including lionfish and zebra mussels. Beyond their impact on natural environments, invasive species pose a biosecurity threat to aquaculture and fisheries – impacting the animals, their environments as well as aquaculture structures and equipment.

The study investigated FMD as a vehicle for the short and long-distance transport of invasive species around the coast of Qatar, Arabia and the Persian Gulf. They found 18 different encrusting species on a range of FMD including arthropods, annelids, molluscs, bryozoans and porifera. Of these the greatest proportion of fouling organisms were arthropods (~65%), annelids (~21%) and molluscs (~10%) with the striped barnacle, (Amphibalanus amphitrite) being the most common.

Their study also looked at how the properties of the FMD influenced the amount and nature of biofouling as well as its efficacy as a vehicle for transporting these species. They found that 77% of FMD were plastic with the remaining 23% a mixture of woods, glasses and metals. Within these plastics PET bottles and fishing floats/buoys were abundant. The coverage of the FMD items by encrusting species was also highest on plastic items (~85%) while metals had little coverage with less than 1%. The number of species on any item of FMD was proportional to its size with the largest pieces of FMD supporting the highest diversity of fouling organisms.

In terms of distances travelled – FMD drift was controlled by winds, waves and currents. Items which sit high in the water and have shapes that offer a greater surface area for wind to act on had the potential to travel further though the weight of encrusting organisms could effect how each FMD item sits in the water. Buoyancy also plays an important role with more buoyant items able to travel further.

In short: Floating Marine Debris, particularly large and buoyant plastic items, can act as a vector to carry encrusting organisms significant distances and as such may aid in the spread of invasive species that threaten biodiversity, aquaculture and fisheries. As such conservation plans should also account for protecting against this threat.

The paper “Hitchhiking of encrusting organisms on floating marine debris along the west coast of Qatar, Arabian/Persian Gulf” by Jassim A. Al-Khayat, S. Veerasingam, V. M. Aboobacker and P. Vethamony, 1 July 2021 is published in Science of The Total Environment available through the ELSEVIER.