The ‘Blue Climate Coalition,’ comprised of sixty-six conservation groups and interests and over 150 marine scientists and professionals, from 33 countries, issued communications today addressed to President Obama and the United States Senate. 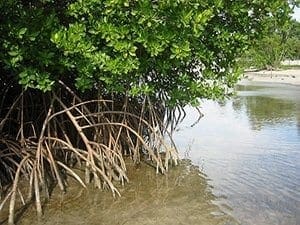 Eminent oceanographer and conservationist, Dr. Sylvia Earle, endorsed the letters as the first scientist to sign-on. In her latest book, ‘The World Is Blue,’ Earle reveals how dangerous oceanic change threatens the very existence of life on Earth and argues for renewable strategies that safeguard the natural systems that sustain us.

News of the coalition’s effort made its way to Hollywood, and to the notice of Gilles Marini, most recently of ‘Sex and the City’ and ‘Dancing With the Stars.’ Gilles signed the letters as a supporter of healthy oceans.

The UNEP report found that the restoration of coastal and marine ecosystems and a reduction in the clearcutting of tropical forests could mitigate anthropogenic carbon emissions by up to 25%.

The IUCN report, titled ‘The Ocean and Climate Change,’ finds that failure to recognize the ocean in climate change discussions will have profound consequences for humanity. The report also recommends for additional research to quantify the carbon value of ocean ecosystems. This recommendation is echoed in the coalition letters, to ensure full scientific backing any future natural ocean carbon policies.

“Utilizing the natural carbon functions of both the green and blue biospheres of our planet is an option that we simply cannot afford to ignore if we are serious about tackling climate change and making the transition to a sustainable low-carbon economy,” said Mark J. Spalding, President of The Ocean Foundation and signatory to the coalition letters.

The Urgency of Action
“The United States will play a crucial role in next month’s climate change discussions in Copenhagen,” said Steven J. Lutz, Executive Director of Blue Climate Solutions, the group that organized the letters. “We are asking the United States to show global leadership by advancing solutions for climate change that involve coastal and marine conservation. Many U.S. federal and state agencies are already pursuing actions that could be considered climate mitigation, such as the restoration of coastal and estuarine habitats. These actions need to be continued and encouraged.”

Recognizing the carbon value of healthy coastal and marine ecosystems may be significant for achieving consensus at the Copenhagen negotiations. The health of coastal ocean ecosystems is a critical issue for many developing countries, especially small island developing states. The need to restore the ocean’s natural carbon function could help direct billions of dollars towards conservation efforts, while simultaneously supporting local economies and countering the threat of climate change throughout the globe.

Economic stimulus associated with restoring the ocean’s natural carbon function include funding and investment for activities such as improving water quality, ecosystem restoration, coastal surveying, and the innovation of new environmental monitoring and restoration technologies. 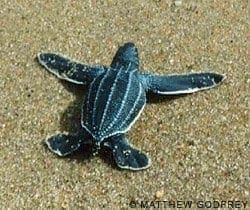 “Restoring the ocean’s natural ocean carbon function is proposed as an alternative to potentially harmful ocean geo-engineering schemes recently discussed in Congress,” said Lutz. “Restoration activities that naturally fix carbon in to forms other than dissolved carbon will also not increase ocean acidification.”

Environmental co-benefits associated with natural ocean carbon solutions include renewed and sustainable fisheries, the conservation of endangered marine species and birds, and the restoration of certain coastal ecosystems. Mangrove forests are considered essential habitat for many fish species, and healthy seagrass meadows are indispensable for endangered sea turtles and manatees.

“Sea turtle hatchlings need healthy coastal and marine ecosystems in order to survive,” said Lutz. “It just so happens that we also need the same healthy ocean ecosystems to survive on this blue planet.”