Low on gas… BP or Exxon? 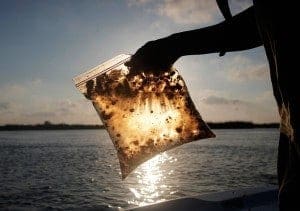 Neither. Both companies were grossly negligent in my opinion. I’ll take my chances and keep driving until I find a gas station whose logo doesn’t make my stomach turn. All this finger-pointing blame game by BP makes me ill. And I’m not the only one. Obama said today:

Referring to a congressional hearing Tuesday in which industry executives were grilled about what caused the spill, the president said he “did not appreciate what I considered to be a ridiculous spectacle during the congressional hearings into this matter. You had executives of B.P. and Transocean and Halliburton falling over each other to point the finger of blame at somebody else.” “The American people could not have been impressed with that display, and I certainly wasn’t,” Mr. Obama said.

Whatever happened and caused the spill, the president said, “it is pretty clear that the system failed, and it failed badly. And for that, there’s enough responsibility to go around. And all parties should be willing to accept it. That includes, by the way, the federal government.”

“I will not tolerate more finger-pointing or irresponsibility,” he said. He made his remarks in the Rose Garden outside the Oval Office after being briefed on the latest information on the spill by various Cabinet officials including Secretary of Homeland Security Janet Napolitano and Secretary of the Interior Ken Salazar.

The president said for a decade or longer “there’s been a cozy relationship between the oil companies and the federal agency that permits them to drill,” the Interior Department’s Minerals Management Service (MMS). “It seems as if permits were too often issued based on little more than assurances of safety from the oil companies. That cannot and will not happen anymore.”

The president said he’d asked Salazar to “conduct a top-to-bottom reform” of MMS, and he applauded Salazar’s recommendations so far to separate the division of MMS “which permits oil and gas drilling and collects royalties… from the part of the agency in charge of inspecting the safety of oil rigs and platforms and enforcing the law. That way, there’s no conflict of interest, real or perceived.”

In addition, the president said he’d ordered immediate inspections of all deepwater operations in the Gulf of Mexico; a hold on any permits for drilling new wells “until the 30-day safety and environmental review that I requested is completed”; and an end to the loophole “that has allowed some oil companies to bypass some critical environmental reviews.” I would like to see the same concerns addressed for all shallow water rigs as well.

The president continued to voice support for offshore drilling, saying “domestic oil drilling continues to be one part of an overall energy strategy that now includes more clean, renewable energy and energy efficiency than at any other time in our history. But it’s absolutely essential that, going forward, we put in place every necessary safeguard and protection so that a tragedy like this oil spill does not happen again.”

How is this story going to end? I was trying to stay optimistic, but instead I’m reminded of an analogy about monkeys and footballs that David often uses, which can’t be politely repeated here.

The federal MMS: a wholly owned subsidiary of the oil industry