What is chemistry and why is it important to the study of marine biology?

Much of chemistry falls into 3 categories: inorganic, organic and biochemistry, which are all very useful to Marine Biologists. 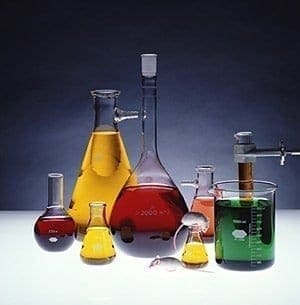 Inorganic chemistry is often defined as the study of compounds that do not contain carbon; however, some non-living matter, diamonds for example, contains carbon and therefore falls outside the rule. Marine biologists who study the minerals that seep from hydrothermal vents would use inorganic chemistry.

Organic chemistry is also defined as the chemistry of compounds that contain both carbon and hydrogen—two elements found in all living things. The majority of marine science related chemistry would fall under organic chemistry.

Methane is a saturated hydrocarbon that consists of a single carbon atom bonded to four hydrogen atoms. The molecule assumes a tetrahedral geometry, and is nonpolar.

Biochemistry, the chemistry of biological processes, applies organic chemistry to the study of living things. Molecular and cellular biology would fall under the category of biochemistry. The study of biochemistry has been useful to marine biologists who observe similar biochemical processes occurring in widely divergent species. A marine biochemist might study biologically active compounds found in the ocean that might be useful in medicine, or the genetics of marine species. This discipline has a wide variety of applications to marine science.

What is ocean chemistry?

The chemical properties of the ocean are important to understand because the marine environment supports the greatest abundance of life on earth. This life is largely made up of the same chemicals that comprise the ocean—water and salts. 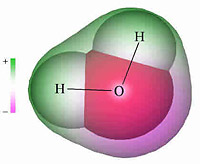 Water is present in the marine environment as a liquid, a solid, and a gas regulated by temperature. Heat causes the water molecules to move. The greater the heat, the faster they move until the movement causes the hydrogen bonds to break converting liquid water to gas. Water turns to vapor at 100° C. Cold slows down the movement of water molecules and their density increases. As water gets colder the hydrogen bonds override the motion of the molecules and water begins to crystallize forming water’s solid state—ice. Ice is formed at 0° C. Ice is, however, less dense than liquid water because it expands as it freezes causing the molecules to grow farther apart. The decrease in density causes ice to float. 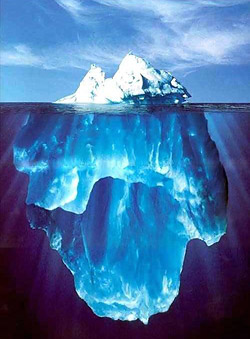 Density differences between different masses of seawater are one of the major driving forces of deep-sea circulation.

Similarly, temperature regulates the surface tension and viscosity of water. In spite of its weak hydrogen bonds, water has a strong surface tension that will support small animals or objects. 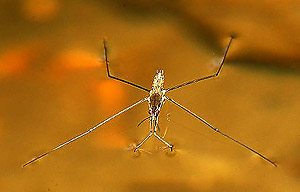 The viscosity of the water dictates the force needed for objects to move through the water; it increases with cold and decreases with heat.

One of water’s most important properties is its ability to dissolve other substances, such as salts and minerals. The dissolved solids in ocean water come from particles on land dissolved by weather such as rain and snow, and from the earth’s mantle underwater where minerals are released by hydrothermal vents. 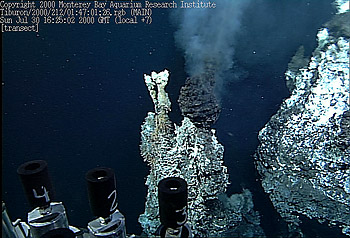 Dissolved minerals also make their way into the ocean from active volcanoes.

The acidity or alkalinity of a substance is measured as its pH, the negative logarithm of the concentration of hydrogen ions in an aqueous solution. The pH scale ranges from 0 to 14. A low pH value has greater acidity (acids), a higher pH is more alkaline (bases). When an acid is added to water, it gives up hydrogen to the water. When a base is added to water, it gives up OH (hydroxide). Pure water has a neutral pH of 7. Seawater has a slightly higher pH because of its dissolved salts—usually seawater has a pH of 8. For comparison, lemon juice has a pH of 4, milk 6, and soap 10.

Salts are the most common chemical dissolved by ocean water. Salts are made up of electrically charged particles known as ions. The ions are either positively or negatively charged, and most salts are comprised of ions with opposite charges.

The salt in seawater is largely made up of sodium (Na+) and chloride (CL–)—called sodium chloride which is the same chemical in table salt. Sodium chloride makes up about 85% of the solids in seawater. The remaining 15% include: sulfate, magnesium, calcium, potassium, bicarbonate, bromide, borate, strontium, fluoride and others. The average salinity of seawater is about 35 parts per thousand which stays relatively constant throughout the ocean varying between 33 and 37 parts per thousand depending on how much freshwater is present. Most marine life depends on this consistency as their bodies cannot adapt to significant changes in the salinity of their environment. Few marine species are able to live in both fresh and salt water, and those that do have special mechanisms to cope with fluctuations in salinity.

In the late 19th century, scientists discovered that the relative amounts of ions in different samples of seawater remained constant. For example, a sample of seawater taken from the Atlantic will contain 55.03% chloride and 30.59% sodium as a percentage of its total salinity. A similar sample taken from the Pacific will contain the same proportion of these ions. This consistency demonstrates the interconnectedness of all the oceans and the sea life they contain.

Where do these minerals and salts come from?

Some come from erosion on land, dissolution of rocks and and runoff into the ocean, some come from volcanic activity both on land and in the ocean, and some from hydrothermal vent activity in the deep sea which plays an important role in regulating seawater chemistry.

How does marine life cope with its saline environment?

Most marine vertebrates are able to regulate the salt and water content in their bodies through a chemical process called “osmoregulation.” They pass water through osmosis, where water diffuses from high salt concentration to low salt concentration between permeable membranes, and excrete excess salt through their skin and gills. They take in water through drinking to maintain the water balance.

Gases are also dissolved by seawater. Carbon dioxide (CO2) is dissolved in ocean water and used by phytoplankton to produce plant matter. Oxygen and nitrogen dissolved at the surface from the atmosphere are also present in seawater. Conversely, the ocean also releases these gases into the atmosphere. Like solids, temperature also regulates the dissolution of gases; however, the rate of dissolution is reversed for gases: cold water holds gases better than warm water. This is an important distinction because marine life depends on oxygen and carbon dioxide for metabolic processes such as respiration. 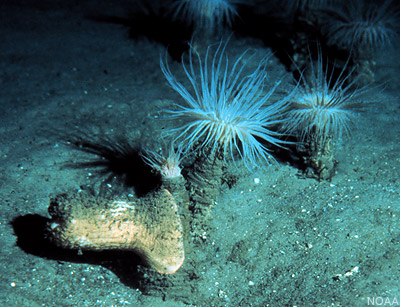 Although it is often where the warmest ocean water is found, the ocean’s surface, primarily the top 20 m where photosynthesis takes place and where most marine life lives, contains the highest concentration of oxygen. The ocean’s oxygen minimum layer, or the depth at which oxygen becomes depleted, is usually around 500 m. As the ocean gets deeper, however, seawater becomes oxygenated again from cold oxygen rich water that has sunk (remember cold water increases in density and therefore sinks) from the surface. The oxygen does not get used in the deep as readily as it does closer to the surface, and oxygen levels are therefore maintained to sustain life in the deep sea.

In our industrial society, fossil fuels are being burned at record levels. The oceans are a vital component of the atmosphere and the air we breathe, given their role in carbon dioxide removal. Carbon dioxide is needed by phytoplankton to produce plant material during photosynthesis which absorbs carbon dioxide and produces oxygen. But it won’t be long before the amount of carbon dioxide in the atmosphere exceeds the ability of the ocean to absorb and process it. CO2 absorption on land is also reaching critical mass because of deforested rain and other forests that play an important role in CO2 uptake and oxygen production.

Carbon dioxide is a greenhouse gas in the atmosphere contributing to global warming, which is beginning to show an impact on the planet. Sea levels and surface temperatures are rising, ice is melting, and weather patterns are changing. The degree to which global warming will impact the Earth is under heavy debate, and the study of global warming is difficult because observations must be made over time. What is known is that the amount of carbon dioxide in the atmosphere continues to rise and no one knows the consequences. Similarly, if the amount of carbon dioxide is rising in the atmosphere, then it is also rising in the oceans, and little is known about the long-term consequences of high CO2 levels in the oceans either. Carbon dioxide resulting from human pollution is absorbed in the upper 10% of the ocean, which is the ocean zone with the greatest biological activity. Recent research on the impact of CO2 levels indicated that the acidity of CO2 could decrease the ocean’s surface pH levels dramatically—potentially to levels that have not been as low in 5 million years. In addition, rising surface temperatures cause corals to expel the symbiotic algae needed for their survival resulting in coral bleaching. These are problems that could easily imbalance the ocean’s chemistry and disrupt important biological processes such as food webs and wide-scale marine life productivity. More research is critically needed to determine the impact of CO2 in the atmosphere and in the ocean.