Translated whale song turns out to be diss track about humans 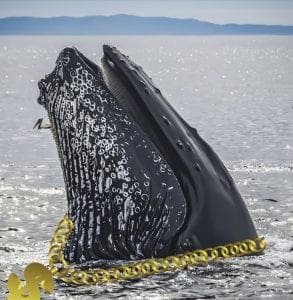 Whale scientists pioneering the translation of beautiful humpback whale songs were shocked to discover they’re actually a collection of “diss tracks” about humans.

The deeply spiritual hymns of the big cetaceans actually translate to tracks like “Get your hands off me you damned dirty ape”, “Hominids suck” and “I’d eat you if I had teeth”.

We have managed to get some of the lyrics to the hit song “I jump on whale watchers” by 2Pec:

“I hate researchers and divers too, ya know I wasn’t born with enough middle fingers to express how I feel about you! Ya know I look at all the living things in this universe and humans are the only proof I seen that evolution can go in reverse. That’s why when I see them watchers all up in a boat I jump on their asses and yell LEARN HOW TO FLOAT!”

We caught up with 2Pec after he spent 30 minutes singing about how he once tried to chew a windsurfer. “I don’t get how humans can be shocked by this? Did y’all forget about whaling? Or the crud you keep throwing in the Ocean?”.

“Man I can’t wait for you guys to translate dolphin clicks – its just ‘Humans so dumb that…’ jokes AND THEY ARE BOTH HILARIOUS AND ACCURATE.”